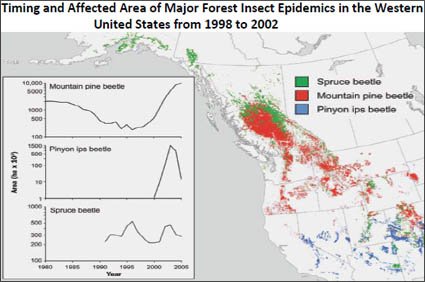 A new report, exploring how ecosystems might adapt to climate changes over the next half-century, predicts that large parts of the United States will confront a range of weather-related problems—from plagues of insect infestations to wildfires, from melting permafrost to dried wetlands, and from incursions of invasive species to large-scale species extinction.

Dealing with such events, write Steven Running and L. Scott Mills of the University of Montana, will require management of the "synergistic interactions between climate change and other human-caused stressors" that can increase uncertainty and complicate actions to mediate climate change effects. In "Terrestrial Ecosystem Adaptation," Running and Mills look at a variety of ecosystems and also focus on adaptation scenarios of several species affected by changing weather trends, including the snowshoe hare, wolverines, waterfowl, bighorn sheep, and varieties of amphibians.

They note that climate events often result in changes in the timing of activities such as mating, reproduction, population growth, or migration. In order to preserve species in a climate-altered world, Running and Mills suggest a variety of measures, including such tactics as assisted colonization and directed evolution.

An excerpt from the report:

"It is rare to find any meaningful ecological phenomenon that is driven entirely by one factor. Therefore, it should not be surprising that few ecosystem changes of interest to humans can be entirely attributed to climate change. Rather, climate change effects on plants, animals, and diseases interact with other human‐caused stressors, including habitat fragmentation, agriculture and urbanization, invasive species, pollution, and so on."

"The striking conclusion to emerge from this suite of five characteristics favoring contemporary evolution is that the ‘winners’ will most likely be invasive and pest species. Invasives and native pest species tend to have life histories and genetic makeups characterized by large population size; rapid population growth; short generation times; high connectivity, even across disturbed landscapes; and generalist phenotypes underlain by rich heritable variation. Thus, climate change creates a fertile environment in which any evolutionary rescue that does occur is prone to proliferate exactly the species least desirable in society, ranging from disease organisms to deer mice to coyotes to zebra mussels to knapweed."

"Infectious disease organisms are a focal group of species that will be greatly affected by climate change and that strongly interact with, and influence the size of, plant and animal populations. For example, increased temperature, humidity, and rainfall generally accelerate parasite life cycles and improve pathogen survival. New species interactions, caused by wildlife range shifts in response to warming, will lead to new disease exposures, and latitudinal and altitudinal shifts in insect vectors will bring a suite of new diseases." 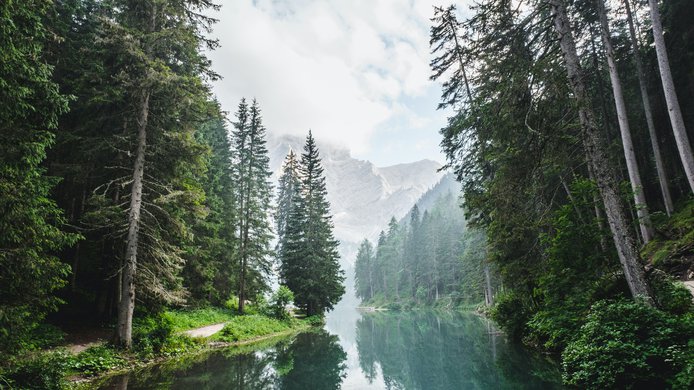 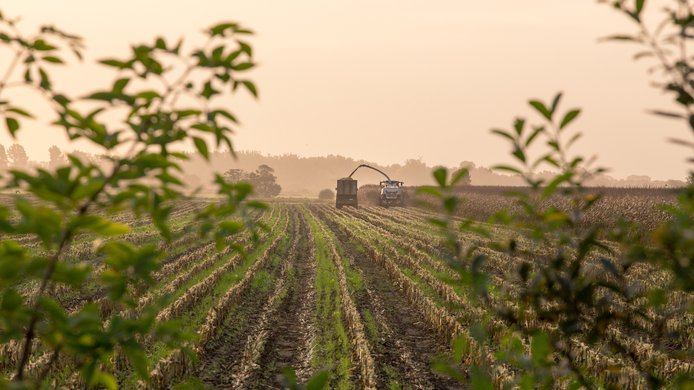 A story by the University of Maryland's Howard Center for Investigative Journalism details work by RFF Senior Fellow Rebecca Epanchin-Niell. 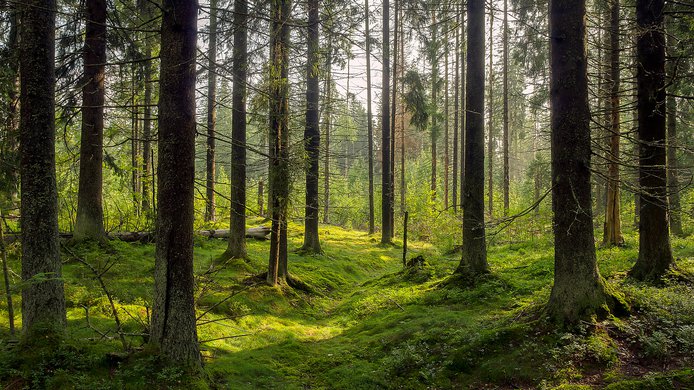 A journal article that introduces a sustainable forestry bond that is composed of wood products and ecosystem services, geared toward increasing the cash flow to a traditional forest bond.