Resources for the Future is an independent, nonprofit research institution in Washington, DC. 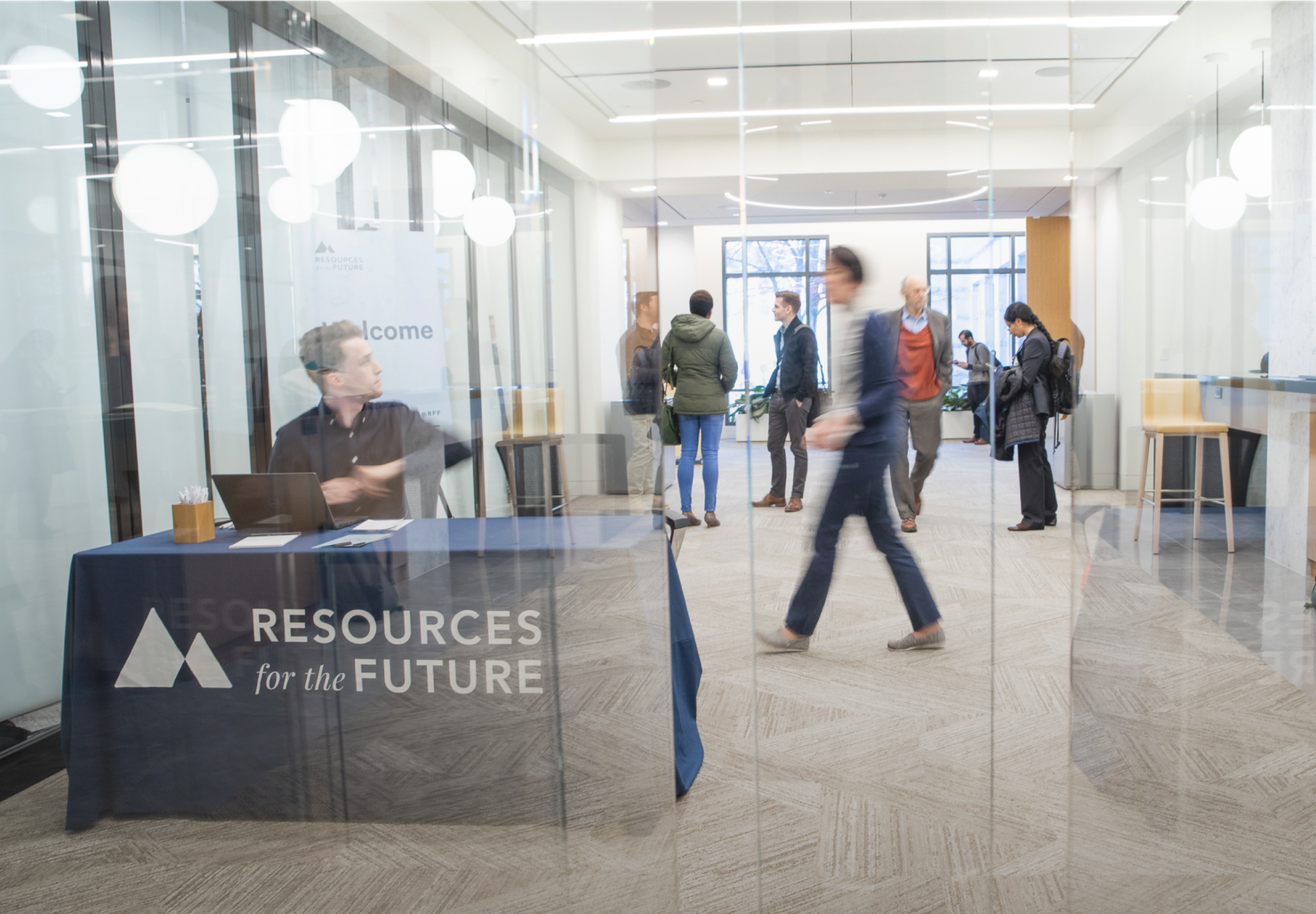 We are a 501(c)(3) tax-exempt nonprofit organization that embraces five core values:

Rigor: Adhering to the highest scientific and professional standards. 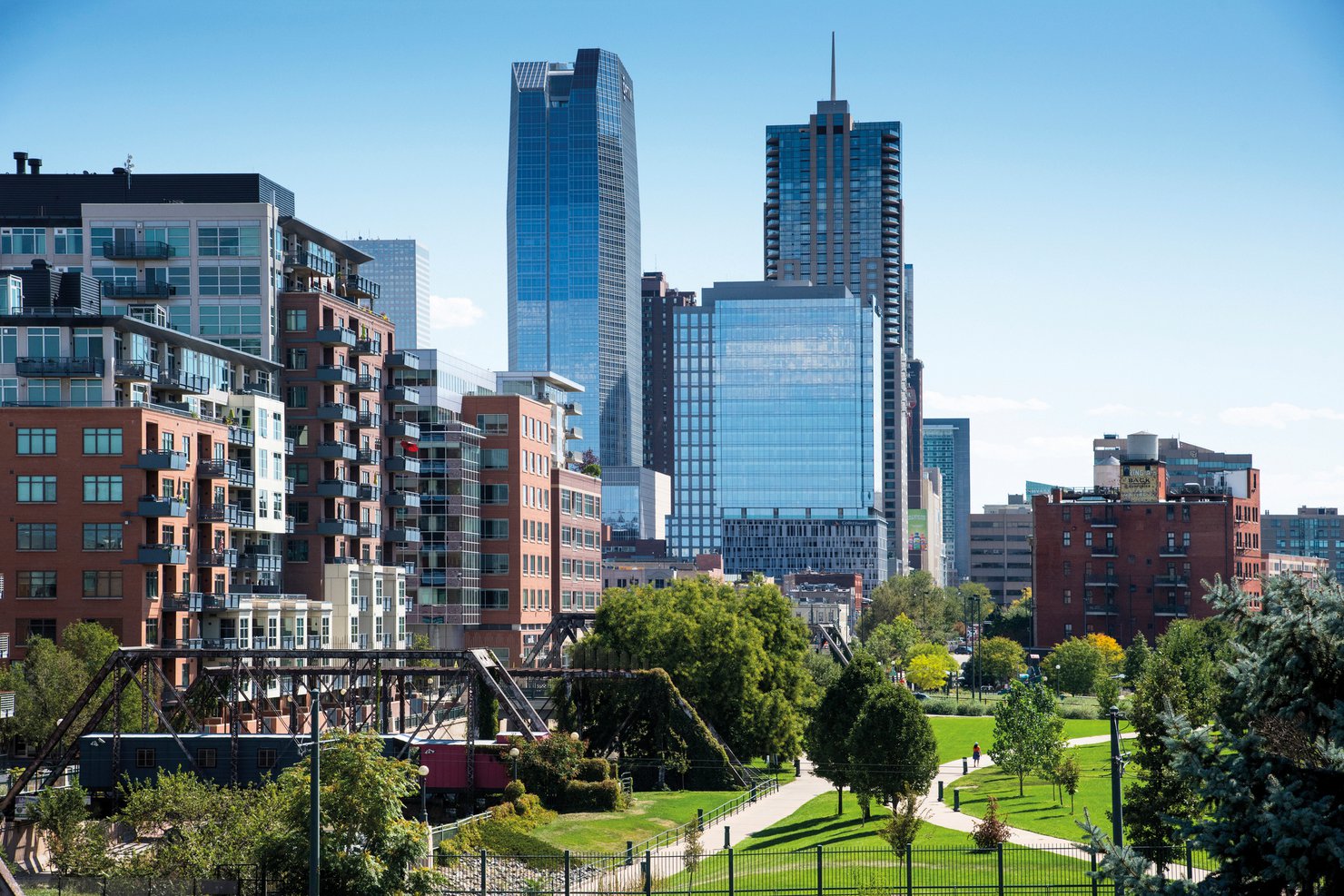 At RFF, we envision a future where climate change no longer threatens our well-being and where smart environmental decisions help to uplift communities around the world.

Our experts bring the brightest economic thinking to bear on our future, shaping many of the world’s most successful environmental decisions and policies over the past 70 years. Today, we’re applying our expertise to reduce emissions, build resilience, and solve the climate challenge. 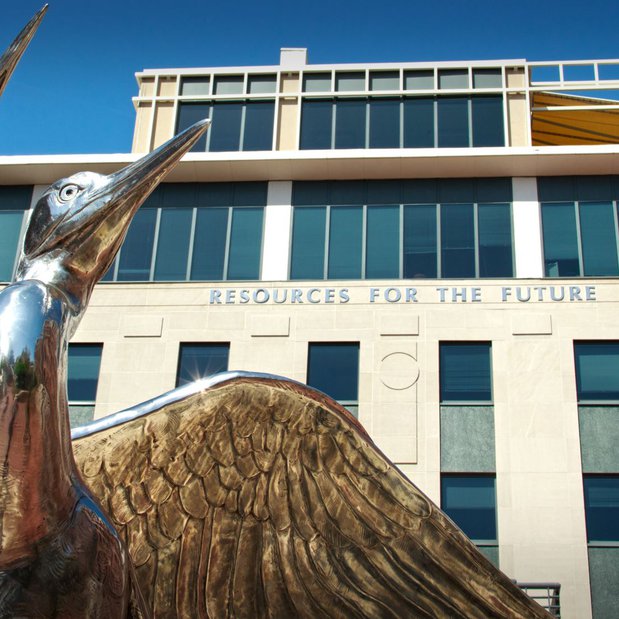 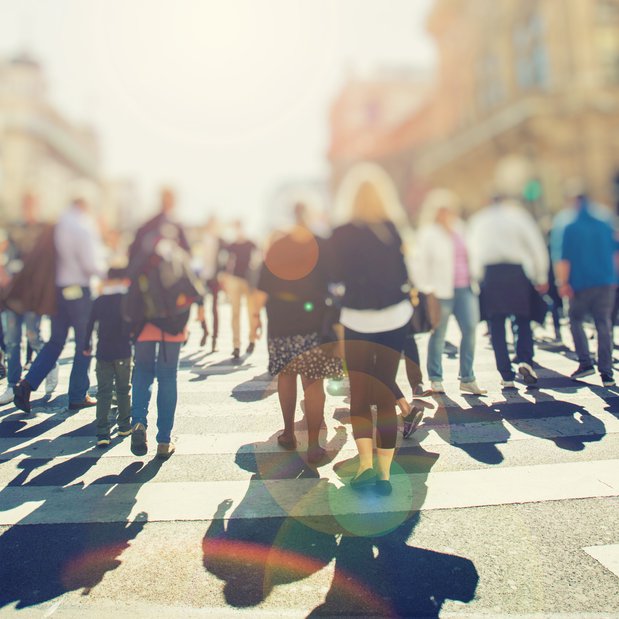 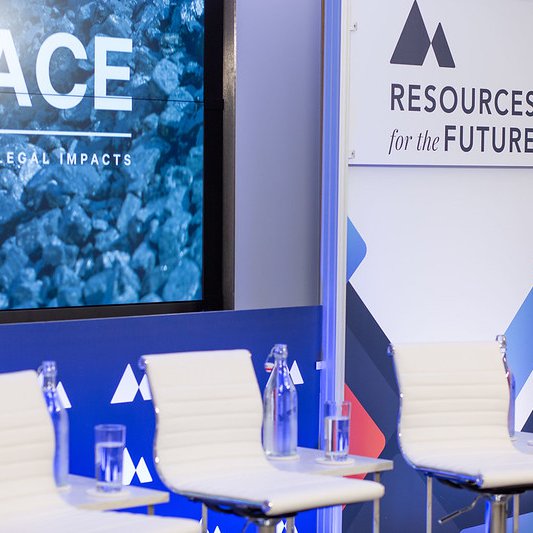 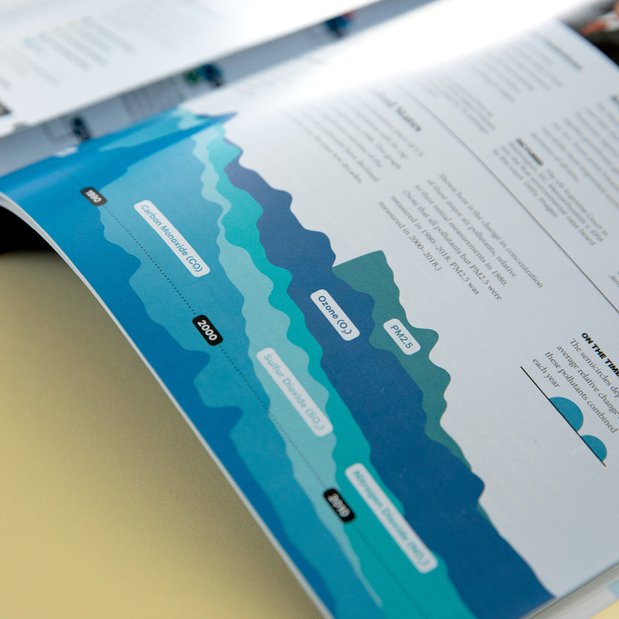 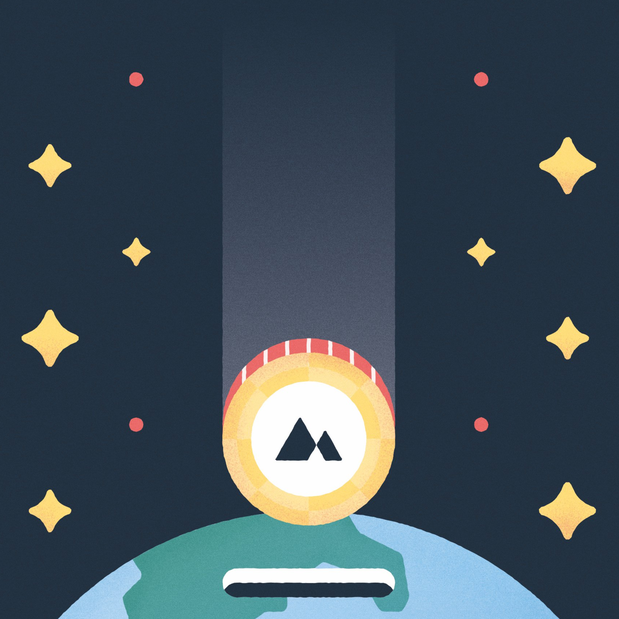 250+ foundations, corporations, and individuals support us. 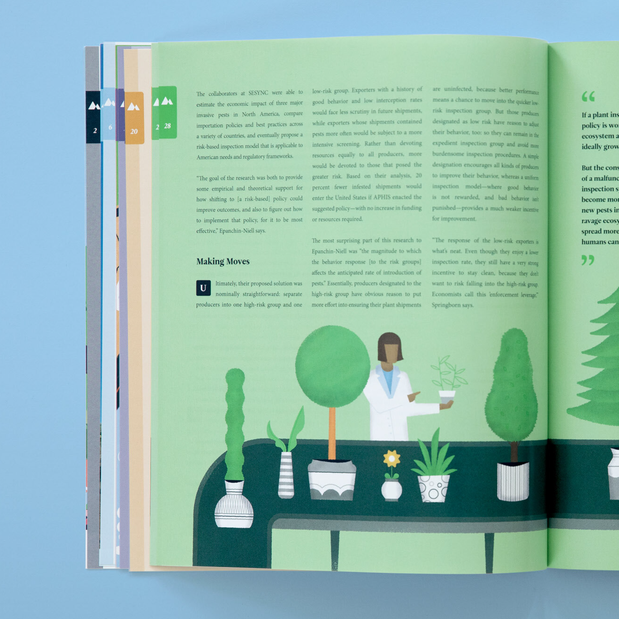 Resources magazine has been published since 1959, with 208 issues to date. 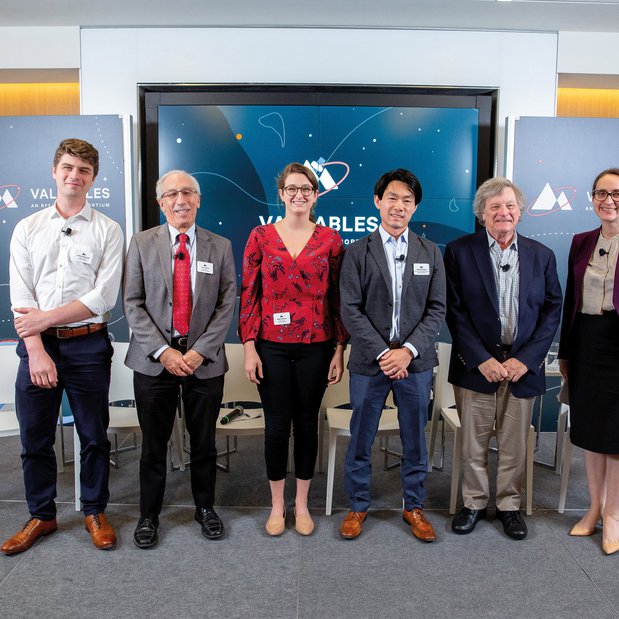 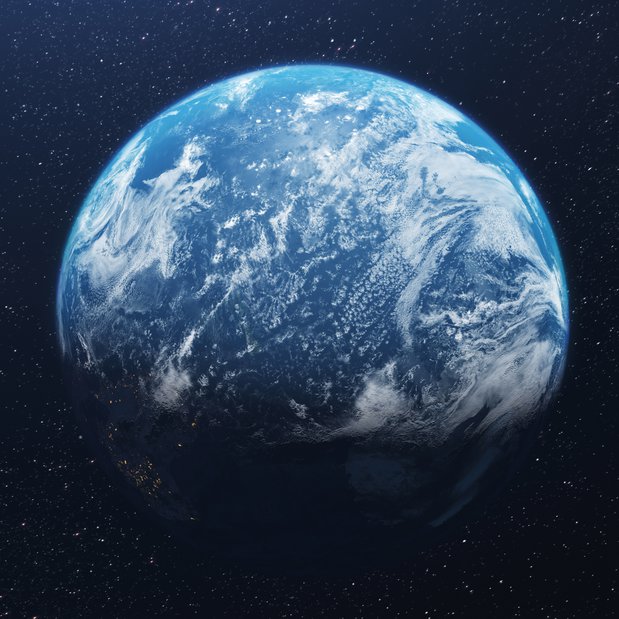 RFF's Leadership Team, Board of Directors, and President's Council consist of experts, professionals, and leaders in the field of environmental economics and policy. Learn more about Leadership and Governance at RFF.

RFF is committed to being a diverse, equitable, and inclusive environment. Working to achieve this goal is essential to achieving our mission—and it is simply the right thing to do. It strengthens our organization, allows us to reach a broader audience, and positively impacts the greater community. Our Diversity, Equity, and Inclusion initiative strives to achieve the vision outlined in our value statement.

RFF is committed to conducting impactful, impartial, and independent research and policy analysis. We do not advocate or lobby on behalf of our partners, collaborators, or supporters, design or execute our efforts to the exclusive benefit of specific entities, or allow undue outside influence to impact our work. By supporting RFF, our funders demonstrate their shared acceptance and absolute commitment to this core value.

As a 501(c)(3) organization, RFF is supported by donors who understand the role that rigorous, objective research plays in formulating sound public policies. More than 70 percent of the funding raised from individuals, corporations, private foundations, and government agencies goes directly to RFF’s research and public education activities.​​​​​

Donate to RFF now, or find out about different ways of giving.

RFF is committed to transparency and accountability in its financial reporting and is dedicated to providing the maximum research value for our donors. Read our financial reporting page to view revenue and expense information, annual reports, 990 forms, audited financial statements, and more.

At the start of the 1950s, questions about the supply and adequacy of natural resources had moved to the forefront of public concern. A number of books had recently been published on the theme of “resource scarcity,” and the heavy and unforeseen demands of the Korean War were rapidly heightening old fears about the future availability of materials critical to human survival.

Thus, in 1951, President Harry Truman established the Materials Policy Commission (also known as the Paley Commission, after Chairman William Paley) to study the country's natural resource needs. The mandate of the commission was to look into the long-range outlook for requirements and supplies, helping to guard against shortages in the event of another widespread war. The report it produced, Resources for Freedom: Foundations for Growth and Security, recommended the formation of an independent organization to analyze the supply of the country’s natural resources. Resources for the Future (RFF) was created to serve that need.

RFF was instrumental in founding the Association of Environmental and Resource Economists (AERE) in 1979, which was established as a means of exchanging ideas, stimulating research, and promoting graduate training in resource and environmental economics. AERE currently has nearly 900 members from more than 30 nations, drawn from academic institutions, the public sector, and private industry.