WASHINGTON, DC—Resources for the Future (RFF) today released a new installment of Resources Radio: “Preparing for the Coming Climate Disruption, with Alice Hill and Leonardo Martinez-Diaz.”

In this episode, host Kristin Hayes talks with Alice Hill and Leonardo Martinez-Diaz, authors of a new book called, Building a Resilient Tomorrow: How to Prepare for the Coming Climate Disruption.

Hayes, Hill, and Martinez-Diaz delve into the topics covered in the book, including 10 lessons for decisionmakers in building a resilient future. They discuss what resilience means in the context of climate change, how it relates to economic inequalities, and the potential legislation holds in addressing issues of mitigation, resilience, and equity.

Hill is a former US federal prosecutor who began work on climate change issues after joining the US Department of Homeland Security in 2009. As senior counselor to the secretary, she was tasked with helping the department understand how climate could affect its operations. Hill went on to the White House to lead resilience efforts as special assistant to President Obama. She is now a senior fellow for climate change policy at the Council of Foreign Relations.

Martinez-Diaz formerly served as deputy assistant secretary for energy and environment at the Treasury Department. He negotiated finance elements of the Paris Agreement and represented the United States on the governing bodies of major providers of climate finance, including the Green Climate Fund and the Global Environment Facility. He now works at the World Resources Institute as the Global Director for WRI’s Sustainable Finance Center. 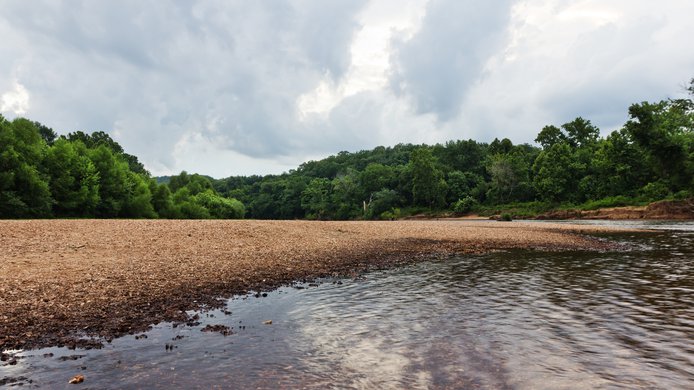 Flooding and Resilience: Valuing Conservation Investments in a World with Climate Change

In this evaluation of the climate resilience benefits of a natural infrastructure investment in the Meramec Greenway in Missouri, results suggest that the benefits in terms of avoided flood damages are significant. 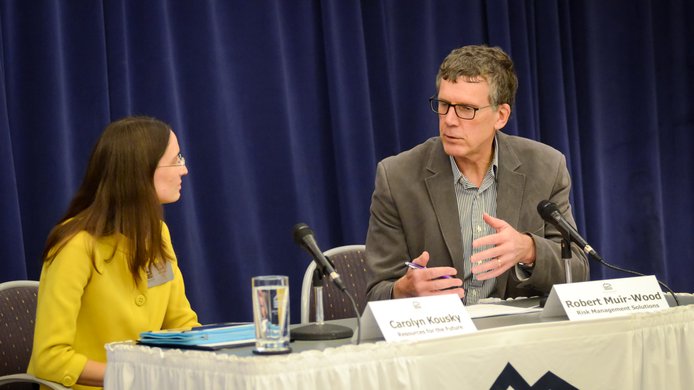 Disasters, Resilience, and the "Cure" for Catastrophe

At this RFF event, Robert Muir-Wood, chief research officer of Risk Management Solutions and author of The Cure for Catastrophe: How We Can Stop Manufacturing Natural Disasters, explored the human causes of disaster and the new technologies and policy tools available to minimize their impact.