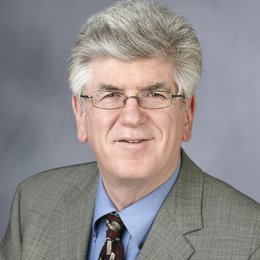 Stephen Brown passed away during the spring of 2020. A eulogy to Dr. Brown was published on Common Resources.

Stephen P. A. Brown was a professor of economics at the University of Nevada, Las Vegas. He was also a University Fellow at Resources for the Future and Senior Editor of the international academic journal Energy Policy. An internationally recognized scholar for his work in energy economics, Dr. Brown conducted economic research and analysis in such areas as energy, environment, natural resources, climate policy, public finance, macroeconomics and regional economic growth.

Prior to joining the University of Nevada, Las Vegas, Dr. Brown was nonresident fellow and co-director of the Center for Energy Economics and Policy at Resources for the Future. From 1981 through 2008, Dr. Brown pursued economic research and analysis at the Federal Reserve Bank of Dallas. While at the Dallas Fed, he created and directed the regional economics group and later created and directed the energy and microeconomic policy group. He also managed the Dallas Fed publications, The Southwest Economy and Economic and Financial Review.

Dr. Brown was honored as a senior fellow by the US Association for Energy Economics in 2008. His coauthored article, "What Drives Natural Gas Prices?" was recognized by the International Association for Energy Economics (IAEE) as the best article published in The Energy Journal during 2008. The IAEE also recognized his coauthored article, “The Green Paradox of US Biofuel Subsidies: Impact on Greenhouse Gas Emissions” as the best article published in the Economics of Energy & Environmental Policy during the five-year period 2012-2016. 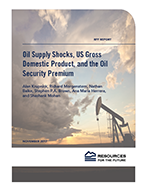 This report examines estimates of and approaches to quantifying the costs of US dependence on oil, finding that the oil security premium is likely lower than reported in the existing literature.

New Estimates of the Security Costs of U.S. Oil Consumption

This report examines estimates of and approaches to quantifying the costs of US dependence on oil, finding that the oil security premium is likely lower than reported in the existing literature.

New Estimates of the Security Costs of U.S. Oil Consumption 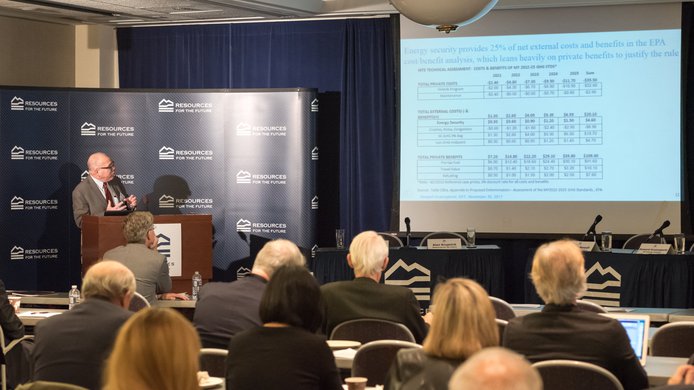 New Realities for US Energy Security

This RFF seminar opened with brief remarks by RFF Senior Fellow Richard Morgenstern, followed by a presentation from Howard Gruenspecht (formerly of the US Energy Information Administration and Department of Energy) on the economic and political factors that have led to a very different oil security picture than the country faced decades ago.

US Economy to Benefit From Lifting Oil Export Ban

As part of a new climate initiative, the Obama administration is proposing a $10-per-barrel tax on oil companies. The details remain unclear as to...

Weak demand and abundant supply are behind the recent trend in oil prices, which have fallen by more than $50 per barrel since June.