A new report shows that hundreds of counties may experience substantial wage and employment changes due to a shift away from fossil fuels.

A new report from Resources for the Future (RFF) provides a county-level breakdown of wages and employment percentages in the coal, oil, natural gas, and electricity industries—metrics that could be affected by a shift away from fossil fuels.

In an effort to help plan for an equitable energy transition, the report identifies regions in the United States that are most likely to experience substantial economic changes due to falling fossil fuel demand. As RFF and Environmental Defense Fund outlined in a recent report series, a successful transition will require collaboration between the federal government and local stakeholders. Identifying communities where this collaboration will be most needed is an essential first step toward enabling an equitable energy transition.

“Declining fossil fuel production and consumption will have different effects in different places,” report author and RFF Fellow Daniel Raimi said. “In some counties, coal mining, oil and gas production, and support activities make up a significant portion of jobs. And because these jobs often pay higher than average, these industries contribute an even larger share of some counties’ total wages. As production drops over the next few decades, we’ll need to support these communities in particular.”

In 50 counties across the United States, 25 percent or more of all wages come from the oil and gas sector and related support activities. In 16 counties, at least 25 percent of total jobs come from oil and gas. For example, in Washington County, Oklahoma, oil and gas extraction makes up 19 percent of jobs but 43 percent of wages, and that does not account for the companies that provide support services like hydraulic fracturing and cementing services to oil and gas firms.

The states where oil and gas extraction and support services play the largest role in local jobs and wages are Alaska, Texas, Oklahoma, Wyoming, North Dakota, New Mexico, and West Virginia; but there are also significant concentrations of oil and gas jobs in parts of California, Colorado, Illinois, Kansas, Louisiana, Pennsylvania, and Utah.

In seven counties, coal accounts for at least 15 percent of employment and at least 20 percent of wages. These counties are concentrated in West Virginia, Wyoming, Virginia, Pennsylvania, North Dakota, and Kentucky.

“The energy transition won’t happen all at once,” Raimi said. “Coal communities are feeling the heat now, but communities that rely on oil and natural gas are also likely to see changes as demand falls over the next few decades. The key is to be prepared and identify how to best provide support to affected workers and communities.”

Earlier this week, a report from the International Energy Agency estimated that limiting global temperature rise to 1.5 degrees Celsius would require an immediate halt to new approvals for coal-fired power plants and oil and gas fields. While the United States is unlikely to do so immediately, it adds to the chorus calling for steep and swift changes in the global energy system. 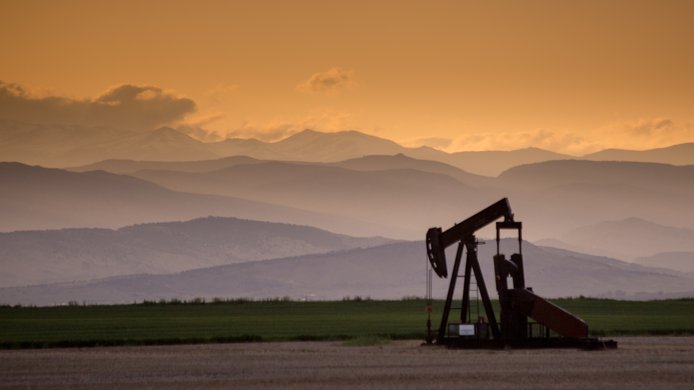 Mapping the US Energy Economy to Inform Transition Planning

Hundreds of US counties may experience substantial wage and employment changes due to a shift away from fossil fuels.