How Incentives to Scrap Old Cars Can Be More Cost-Effective

New research shows that incentives to scrap old cars can be more effective by targeting high-emissions cars that would otherwise stay on the road.

As policymakers demonstrate a renewed interest in programs to get old, gas-guzzling vehicles off the road, a new study from Resources for the Future (RFF) shows that these programs are often expensive ways to reduce emissions. However, the study provides a potential fix: give owners of carbon-intensive cars rewards linked to their cars’ future estimated emissions.

One reason vehicle scrappage programs like “Cash for Clunkers” have relatively high costs and low environmental benefits is that the cars people scrap often would have been scrapped soon regardless. In these cases, which economists call “adverse selection,” the government pays people to do something they would do for free, so the program does not cause any benefit.

“In addition to providing economic stimulus by providing money to households, subsidizing scrappage may appeal to policymakers because the subsidies can complement other environmental policies for the transportation sector,” Linn remarked.

An effective scrappage program could be a boon for leaders from the federal to state level. Aside from inclusion in presidential candidate Joe Biden’s climate plan, Senator Chuck Schumer introduced a half-a-trillion-dollar scrappage and electric vehicles subsidy program to the US Senate last year. Various state governments have also considered creating programs of their own. The potential for an effective program to retire old and heavily-polluting vehicles has captured political interest and could help reduce transportation emissions and achieve long-term climate objectives. 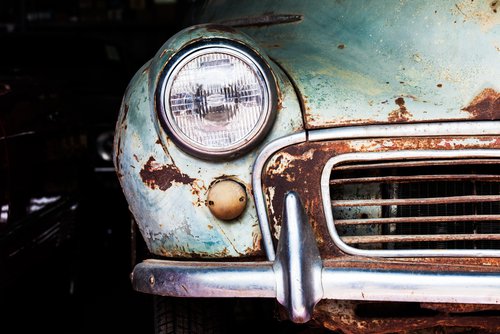