This issue brief examines the economic effects of a range of methane fees, finding that incentivizing natural gas companies to reduce methane leaks could create benefits at relatively low cost.

Methane (CH4) is both the primary component of natural gas and also a highly potent greenhouse gas. Methane routinely leaks out from oil and gas wells, pipelines, and processing facilities into the atmosphere, exacerbating climate change. While there is a private incentive for operators to reduce methane leaks to capture and sell it as a valuable commodity, the private incentive to capture the gas falls far short of — around 1/10th of — the social costs imposed by its leakage. As a result, basic economics demonstrates that industry will exert insufficient effort to capture that gas, relative to the social optimum. To combat this problem, economists and policymakers have proposed methane fees to both reduce greenhouse gas emissions and raise federal revenues (for example, as seen in S.645, H.R.4084).

While, on the one hand, fees on methane leaks will further encourage oil and gas operators to proactively seek out and mitigate methane leaks, the additional fees will also raise the marginal cost of producing each unit of gas (typically measured in either thousand cubic feet, mcf, or million British thermal units, MMBtu). This increase in marginal cost is the net of three effects, two of which are cost increases (+) and one which represents a decrease (–).

On net, these effects are likely to increase the marginal cost of gas production. In this issue brief, I use a simple economic model to estimate the effects of proposed methane fees on the marginal cost of gas production, methane leakage rates, and the resulting increase in wholesale natural gas prices. While the details are presented in the Appendix, the model simulates how a gas producer would respond to alternative methane fees, based on an augmented version of the model in Marks (2018). The model simulates, for each of a variety of potential methane fees (in units of $/ton CH4), how much gas producers may mitigate their methane leak rates and how much those fees may increase the cost of producing each unit (MMBtu) of gas, as well as how much of those resulting costs may be passed on to consumers. Finally, as a point of comparison, this brief presents as reference points various natural gas prices, such as wholesale and retail prices of natural gas delivered to different end-users (e.g., residential, commercial, industrial, and electric power). 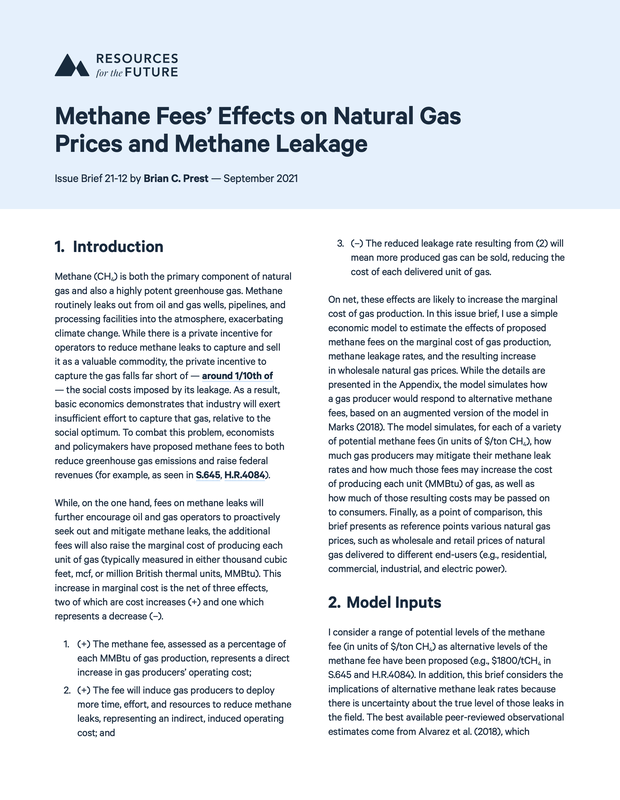 I consider a range of potential levels of the methane fee (in units of $/ton CH4) as alternative levels of the methane fee have been proposed (e.g., $1800/tCH4 in S.645 and H.R.4084). In addition, this brief considers the implications of alternative methane leak rates because there is uncertainty about the true level of those leaks in the field. The best available peer-reviewed observational estimates come from Alvarez et al. (2018), which estimates an average leakage rate of 2.3% for the full oil and gas supply chain, about 1.9 percentage points of which is from upstream leaks in production, gathering, and processing. For example, the EPA’s GHG inventories are widely believed to understate the true amount of methane leaks from oil and gas infrastructure—while the bottom-up estimates from Alvarez et al. (2018) suggest 1.9% of total gas production is leaked from upstream sources, the corresponding figure from EPA’s greenhouse gas inventories only amounts to 0.9%, which is likely an underestimate. I assume fees are assessed on an accurate measurement of methane leaks. If instead fees are assessed on incomplete measurements, the impacts on emissions, costs, and prices will be smaller; therefore Appendix Tables 3 and 4 show sensitivity analyses where measured emissions are too low by factors of 2 and 4.

In the future, estimates of methane leak rates will improve as monitoring procedures improve and/or if regulators deploy more effective on-the-ground monitoring to enforce potential methane fees. But since leak rates remain uncertain, I consider a range of baseline leak rates, including the Alvarez et al. (2018) upstream-only estimate of 1.9%, as well as their ranges of estimates of full supply chain leaks of 2.0 - 2.7% with a central estimate of 2.3%. The other primary input into the estimates is the leakage allowance rate under the policy (e.g., a leakage allowance of 0.2% as in S.645 means a methane fee would be assessed on the observed leakage rate minus 0.2%). The results are not very sensitive to this input, so the alternative results are included in the appendix. All analyses assume a baseline $3/MMBtu price of gas, but the results are not very sensitive to this assumption. 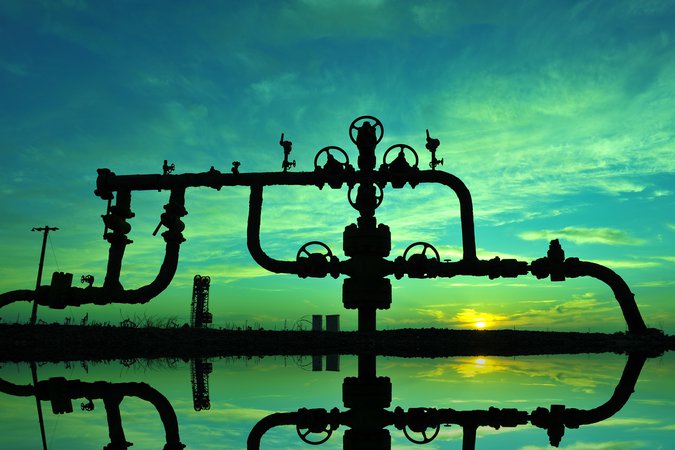 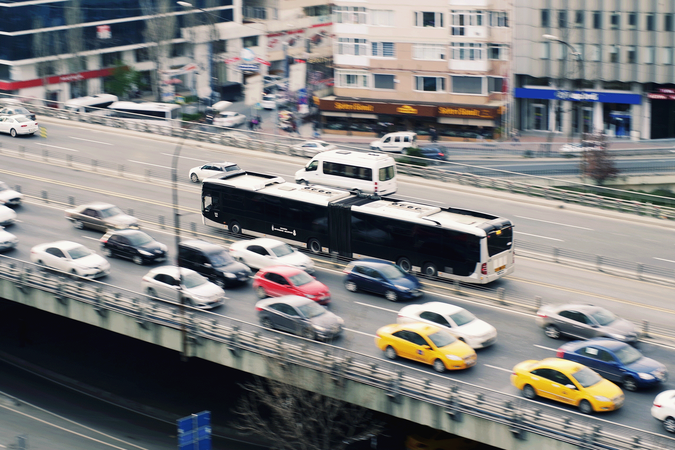 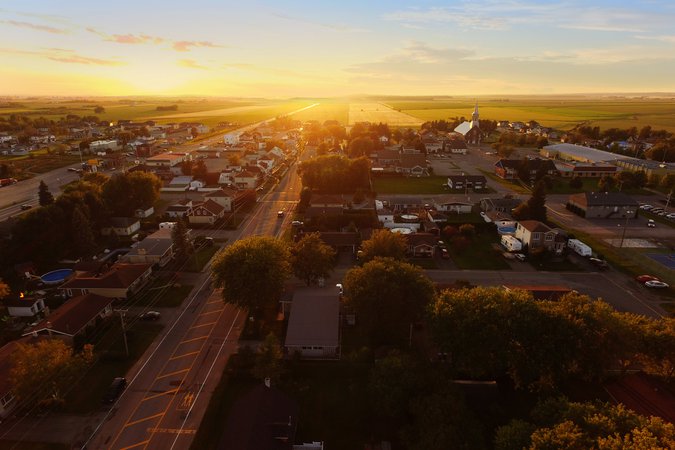 Quartz: "Sky-High Oil Prices Are a Unique Chance to Pay for Climate Action"

RFF Fellow Daniel Raimi Raimi is quoted in this piece, which is based around his recent blog post on how states can sustainably invest revenue from high fossil fuel taxes.