These comments were submitted to the Environmental Protection Agency in response to a request for comments.

To view the full comment, including the cover letter, please download the document using the button above.

On August 28, 2019, the US Environmental Protection Agency (EPA) signed proposed amendments to the 2012 and 2016 New Source Performance Standards for the Oil and Natural Gas Industry, “Oil and Natural Gas Sector: Emission Standards for New, Reconstructed, and Modified Sources Review,” [1] which was published in the Federal Register on September 24, 2019. [2]

EPA provided an updated regulatory impact analysis (henceforth, the RIA) to quantify the effects of the proposed rule. [3] The rule proposes to remove a number of previous requirements that would reduce methane emissions, and the RIA assesses the associated economic effects of the rule’s associated forgone climate benefits by employing an interim value for the federal government’s social cost of methane (SC-CH4). This interim value for the SC-CH4 and the related methodological changes from the federal government’s previous estimation process for the SC-CH4 are the subject of this comment.

In this comment we make the following three points and associated recommendations for revising the RIA:

In its discussion of uncertainty in the SC-CH4, the RIA highlights a number of potential areas for improvement of the methodology underpinning the federal government’s estimation of the SC-CH4. In response to a study request in 2015 from the federal government’s Interagency Working Group on the Social Cost of Carbon that was formerly chartered with developing and maintaining estimates of the social cost of greenhouse gas emissions, a NASEM committee conducted a comprehensive evaluation of potential updates to the estimation methodology for the social cost of carbon dioxide (SC-CO2).

On January 11, 2017, the NASEM committee released the culmination of its evaluation in the form of the report, Valuing Climate Damages: Updating Estimation of the Social Cost of Carbon Dioxide (henceforth, the NASEM report). The report puts forward a number of conclusions and recommendations on how to improve the conceptual underpinnings, empirical methods, and data used to calculate the SC-CO2, as well as the transparency and flexibility of the process by which future estimates are generated. [5] The results and recommendations of this report, though focused on the calculation of damages resulting from the emissions of carbon dioxide, are also broadly applicable to the social costs of other greenhouse gases, such as methane and nitrous oxide. In fact, the approach used to estimate the SC-CH4 is based directly on the approach used to estimate the SC-CO2, [6] so most of the conclusions and recommendations of the NASEM report are applicable. The NASEM report addresses many of the issues highlighted in the RIA, among others.

We support EPA’s commitment in the RIA to develop new estimates, “which will take into consideration the recent recommendations from the National Academies of Sciences, Engineering, and Medicine for a comprehensive update to the current methodology to ensure that the social cost of greenhouse gas estimates reflect the best available science” (p. 3-9).

We note with concern, however, that the technical efforts and process involved in producing the new SC-CH4 estimates as part of EPA’s proposed rule are not responsive to these major recommendations of the NASEM report with respect to the establishment of an integrated framework, the application of recommended scientific criteria, or the following of a regularized process that incorporates scientific peer review and focused public comment. We recommend that EPA undertake efforts to apply the near-term recommendations of the NASEM report to the estimation of the SC-CH4 and in the interim rely on the previous SC-CH4 estimates.

Adoption of Domestic Rather than Global Damages

An important departure from the federal government’s previous methodology for estimating the SC-CH4 is EPA’s decision to count only direct domestic benefits from carbon mitigation in its calculation of interim values of the SC-CH4. Though this choice is consistent with a narrow application of prior regulatory analysis practice under OMB’s Circular A-4, it is unnecessarily and unreasonably constrained for addressing inherently global pollutants such as greenhouse gases. US greenhouse gas emissions account for about 14 percent of the global total. If all countries considered only the domestic effects of their greenhouse gas emissions, about 86 percent of climate change impacts on US citizens would be ignored—considered in no decision. An analytic focus solely on direct impacts to the United States of US emissions, when generalized, therefore omits the vast majority of the total impacts the United States faces from climate change.

In addition, damages from US emissions of greenhouse gases are felt not just within US borders, but also abroad. Though such damages occur on foreign soil, their economic effects can be felt within the United States through the globally interconnected economy. As the NASEM report stated, current integrated assessment models do not take full account of “potential implications of climate impacts on, and actions by, other countries, which also have impacts on the United States,” [8] which could affect the United States “through such pathways as global migration, economic destabilization, and political destabilization.” [9] Regulatory actions taken by the United States also may be reflected in policy actions taken by other countries, with perhaps the clearest example of such reciprocal action being the Canadian government’s full incorporation in its own regulatory analysis of the prior US federal values for the social costs of carbon dioxide, methane, and nitrous oxide.

This set of complicated global interactions is an important component of any complete calculation of damages felt by US citizens from domestic emissions, but it is omitted in EPA’s revised methodology. In the absence of this full set of considerations, EPA’s interim SC-CH4 estimates are biased downward. While the scientific, economic, and geopolitical basis of climate change as a global problem should inform reasoned decisionmaking, if EPA wishes to consider domestically focused damages—in advance of scientific tools that meet the needs identified in the NASEM report—we recommend that EPA consider and present domestic-focused SC-CH4 estimates and global SC-CH4 estimates together as a range in the central analysis.

Use of a 7 Percent Discount Rate

EPA has also departed from the prior approach of the federal government’s method to discounting in its calculation of the SC-CH4 by adopting a 7 percent discount rate. Though the addition of an estimate calculated using a 7 percent discount rate is consistent with past regulatory guidance under OMB Circular A-4, it is inappropriate for use in estimating the SC-CH4 through EPA’s methodology. The integrated assessment models used to generate the estimates report their output in terms of “consumption-equivalent” impacts, which are intended to reflect the effective impact on people’s consumption (as opposed to investment). Standard economic practice is to discount consumption equivalents at the “consumption rate of interest”—which, according to OMB’s current guidance, is a 3 percent discount rate.

It is therefore inappropriate to use such modeling results with OMB’s 7 percent discount rate, which is intended to represent the historical before-tax return on private capital. [10] None of the researchers whose model results were used to generate the interim values employs a discount rate as high as 7 percent in their work. In addition to the 3 percent rate, the prior SC-CH4 estimates also included sensitivities using 2.5 percent and 5 percent discount rates, which were modifications of the 3 percent consumption discount rate to take into account uncertainty in future economic growth and potential correlations between economic growth and climate damages. Moreover, a recent report from the Council of Economic Advisers found that evidence supports a rate lower than 3 percent as the norm for the consumption rate of discount, which it suggested should be at most 2 percent given historical trends and expected future conditions. [11]

The NASEM report recommended that discounting occur via use of what is termed the “Ramsey formula” with parameters “that are consistent with theory and evidence and that produce certainty-equivalent discount rates consistent, over the next several decades, with consumption rates of interest.” [12] This recommendation is relatively straightforward to implement, as it does not require significant new model development. Nonetheless, this recommendation not been adopted in the RIA. Rather, as described above, the RIA introduces a discount rate that is not based on the consumption rate of interest.

For these reasons, we recommend that EPA implement the near-term recommendations of the NASEM report with respect to discounting, and in the interim continue to use the previous estimates based on the 2.5 percent, 3 percent, and 5 percent discount rates as a part of its central analysis of this and other proposed regulations.

[6] Interagency Working Group on Social Cost of Greenhouse Gases, United States Government. 2016. Addendum to Technical Support Document on Social Cost of Carbon for Regulatory Impact Analysis under Executive Order 12866: Application of the Methodology to Estimate the Social Cost of Methane and the Social Cost of Nitrous Oxide. https://19january2017snapshot.epa.gov/sites/production/files/2016-12/documents/addendum_to_sc-ghg_tsd_august_2016.pdf 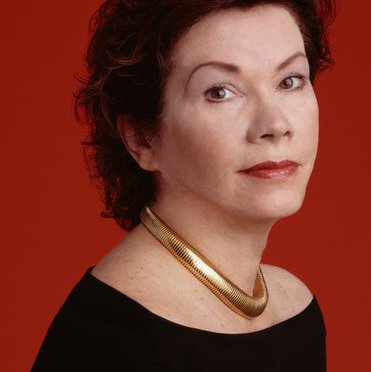 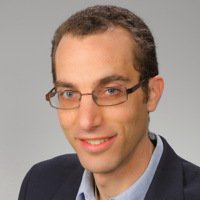 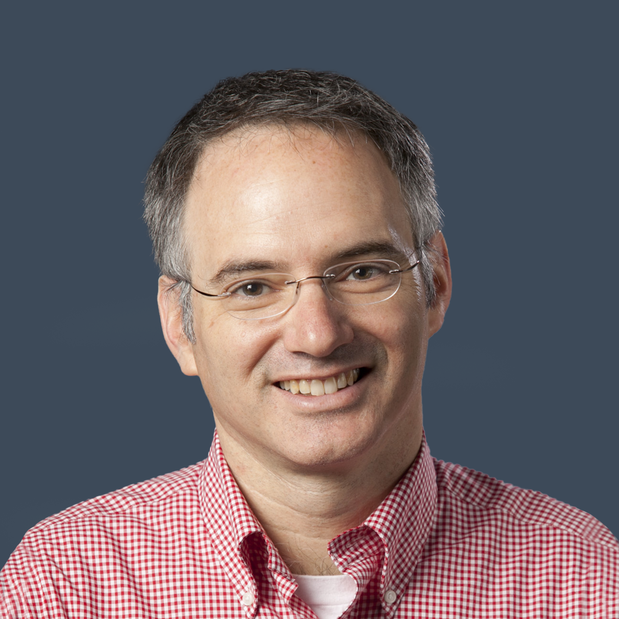 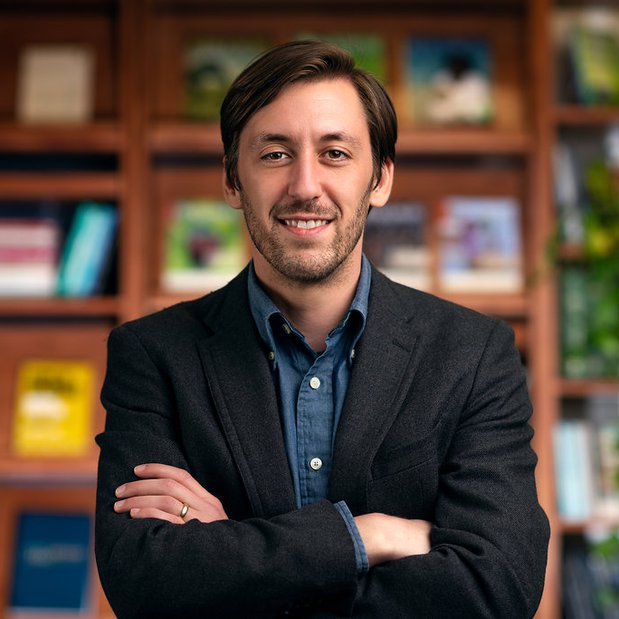 Casey Wichman is a university fellow at RFF. He performs research at the intersection of environmental and public economics, with an emphasis on examining the ways in which individuals make decisions in response to environmental policies.

What to Watch For in EPA’s Final Clean Power Plan: What Will EPA Do If States Won’t Play Ball? 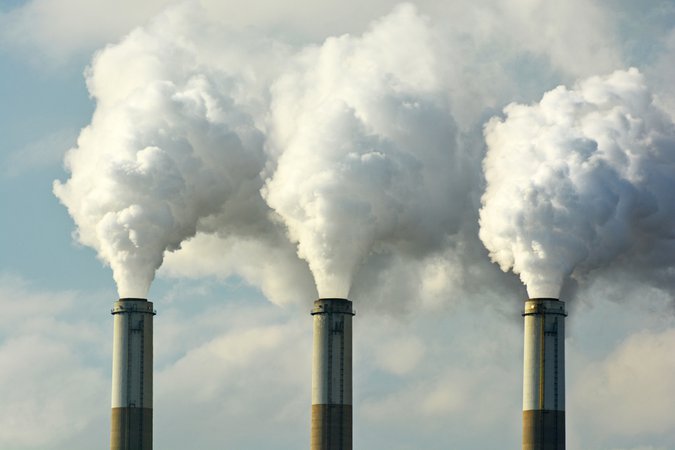 Timing: An Easy Concession for EPA?