In this paper, researchers develop a simple analytical model to derive the welfare comparison between tradable performance standards and a price-based alternative.

Tradable performance standards are widely used sectoral regulatory policies. Examples include the US lead phasedown, fuel economy standards for automobiles, renewable portfolio standards, low carbon fuel standards, and—most recently—China’s new national carbon market. At the same time, theory and experience with traditional cap-and-trade programs suggest an important role for price limits in the form of floors, ceilings, and reserves. In this paper we develop a simple analytical model to derive the welfare comparison between tradable performance standards and a price-based alternative. This model works out to be a simple variant of the traditional Weitzman prices-versus-quantities result. We use this result to show that substantial gains could arise from shifting two programs, China’s new national carbon market (approximately 60% gain) and the California Low Carbon Fuel Standard (approximately 20% gain), to a price mechanism. This finding will generally be true when the coefficient of variation in the price under a TPS is larger than 50%. We end with a discussion of implementation issues, including full and partial consignment auctions based on actual and expected output.

Tradable performance standards (TPSs) are a popular form of sectoral market-based regulation that require regulated polluters to meet an emissions-per-unit-of-output performance standard on average across the sector. Regulated polluters earn emissions permits, denoted in tons of emissions, based on their level of output multiplied by the performance standard, while acquiring obligations based on their actual emissions. When their emissions rate is below the standard, they end up with a surplus, and when their emissions rate exceeds the standard, they end up with a deficit. Those with a surplus can sell emissions permits to those with a deficit (trading) or hold them for use in the future (banking). TPSs can be conceptualized as a ratebased version of a “mass”-based emissions trading system (ETS). That is, under an ETS the aggregate mass of emissions is fixed; under a TPS the aggregate emissions rate (emissions per output) is fixed. Examples of TPSs include the US lead phasedown, fuel economy standards for automobiles, renewable portfolio standards, low carbon fuel standards, and China’s new national carbon market (Newell and Rogers 2003; Farrell and Sperling 2007; Pizer and Zhang 2018; Goulder et al. 2019; Yeh et al. 2020). Most recently, legislative proposals in the US Congress and President Biden’s climate plan feature a TPS for the power sector.

Despite the prevalence of TPSs, most of the economic literature focuses on the design of ETSs. An important conclusion in that literature is that managing permit prices (by enforcing either minimum or maximum prices) increases welfare and other benefits by reducing expected compliance costs for regulated polluters (Pizer 2002; Murray, Newell, and Pizer 2009; Burtraw, Palmer, and Kahn 2010; Newell, Pizer, and Zhang 2005; Wood and Jotzo 2011; Roberts and Spence 1976). However, this idea has been rarely discussed in the context of a TPS.

We address this gap in the literature by considering price limits in the context of a TPS, resulting in a hybrid TPS. We first develop a simple analytical model to compare the welfare between a TPS and a comparable price-based alternative, the feebate. A feebate can be viewed as a tax on emissions coupled with a revenue-neutral rebate on output—essentially fixing the emissions price rather than the emissions rate.1 Focusing on sector-level policy, we modify the traditional Weitzman (1974) pricesversus-quantities framework by adopting an alternative unit cost function. We find that with unit cost shocks, the Weitzman comparative advantage expression continues to hold with a minor adjustment to the marginal benefit slope. In particular, the slope of the marginal benefit schedule increases based on the coefficient of variation in output.

We apply our simple comparative expression to two current TPSs: the new Chinese national carbon market and California’s Low Carbon Fuel Standard (LCFS). Using recent cost estimates for both programs along with other data to calibrate the 1 We discuss and compare a TPS and feebate in Appendix A. Price Limits in a Tradable Performance Standard 2 parameters, we estimate large welfare advantages from using a feebate rather than a TPS. These relative gains are approximately 60% for the Chinese program and 20% in the California program based on central cases. The more general result is that this relative gain will be large when the coefficient of variation under the TPS is large (that is, greater than one-half).

Finally, we discuss practical issues regarding the implementation of a price floor in the context of our hybrid TPS. We first introduce the idea of a consignment auction with a minimum reserve price that mimics a feebate when the market price reaches the reserve price. We then consider additional issues including full or partial consignment, treatment of unsold permits, and advanced allocation of permits. The widespread and growing use of sectoral TPSs, coupled with the demonstrated advantages of price limits in ETSs, motivates this paper. The first large-scale TPS, the US lead phasedown, required refineries to decrease the average lead content of all gasoline to 10% of its original level (lead/gallon). A trading program related to the standard was launched in 1982 to allow inter-refinery trading. In 1987, by the time the system terminated, the phasedown successfully met the target and was considered highly cost-effective (Newell and Rogers 2003; Schmalensee and Stavins 2017).

In another example, the early US Corporate Average Fuel Economy (CAFE) standards were updated to allow permit trading in 2012. This program can be thought of as regulating the lifetime greenhouse gas emissions per car sold, assuming every car is driven the same number of miles over its lifetime. The accounting is complicated, but the program effectively allows for trading and banking of permits. The program also includes a maximum price in the form of a per-unit compliance penalty when a manufacturer knowingly or unknowingly exceeds the standard (Klier and Linn 2011; Leard and McConnell 2017).

In the power sector, renewable portfolio standards are a widely used example of TPSs. They set obligations on electricity sellers to acquire a certain proportion of their electricity from renewable energy (denoted as renewable kilowatt-hours as a share of total kilowatt-hours sold). Tradable permits (referred to as Renewable Energy Certificates in the United States or Green Certificates in the European Union) are then generated from eligible renewable energy sources and used for compliance. Such trading programs have been implemented widely in around half of the United States as well as in the United Kingdom and several other European countries (Barbose 2019). Some of these programs include an alternative compliance payment that functions as a maximum price.

The California LCFS and China’s new national carbon market are two recent TPS examples that we discuss at length later in the paper as numerical applications of our theoretical results. On the horizon, several policy proposals in the United States have featured a clean energy standard requiring a certain percentage of retail electricity sales to come from sources with zero or low emissions. For example, H.R. 7516 would transition the US electric sector to 100% clean energy by 2050 (DeGette 2020). Even Resources for the Future 3 more ambitiously, President Biden’s climate plan features a clean energy standard intended to achieve carbon-pollution-free energy in electricity generation by 2035 (Biden 2020).

With the exception of fuel economy standards, we are unaware of any work comparing sectoral TPSs with feebates. Nor has there been any discussion of how a price floor might be implemented in conjunction with a TPS, despite the importance of price floors in ETSs. This paper aims to contribute in both regards.

The remainder of this paper is organized as follows. Section 2 reviews the existing literature comparing price and quantity market-based policies in the context of ratebased instruments (e.g., feebates and TPSs). Section 3 develops our model and derives the comparative advantage expression for feebates versus TPSs. Section 4 estimates welfare gains earned by switching from a TPS to a feebate in the context of California’s LCFS and China’s new carbon trading program. Section 5 presents consignment auctions as a way to integrate price floors into a TPS and discusses associated design choices. Section 6 concludes the paper.

School of Economics, Huazhong University of Science and Technology

Thoughts on the Future of Environmental Regulation

The US approach to environmental regulation has evolved in piecemeal fashion, resulting in a fragmented network of agencies that often lack the res... 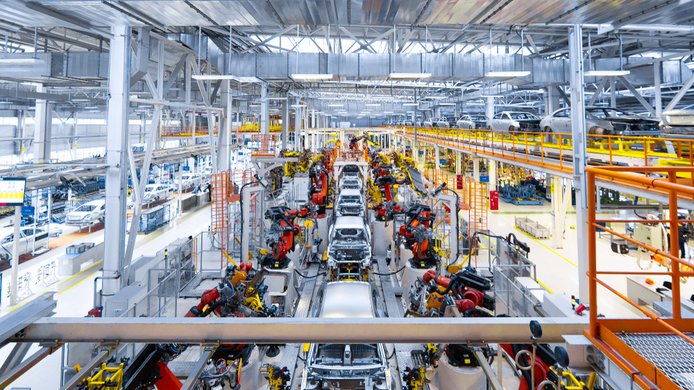 A new working paper reviews the effectiveness of credit trading for a number of programs designed to promote clean technology advancement in the transportation sector.