US Status on Climate Change Mitigation

Download
In 2009, President Obama pledged that, by 2020, the United States would achieve reductions in greenhouse gas emissions of 17 percent from 2005 levels. With the failure of Congress to adopt comprehensive climate legislation in 2010, the feasibility of the pledge was put in doubt. However, we find the United States is near to reaching this goal; currently, the country is on course to achieve reductions of 16.3 percent from 2005 levels in 2020. Three factors contribute to this outcome: greenhouse gas regulations under the Clean Air Act, secular trends including changes in relative fuel prices and energy efficiency, and subnational efforts. Nonetheless, global emissions likely will be greater than if comprehensive climate legislation had passed because of the absence of offsets, and at this point the United States is expected to fail to meet its financing commitments under the Copenhagen Accord for 2020.

At the 2009 United Nations climate meetings in Copenhagen, President Obama pledged that the United States would achieve greenhouse gas (GHG) emissions reductions of 17 percent from 2005 levels by 2020. However, despite the lack of federal climate legislation, RFF Darius Gaskins Senior Fellow Dallas Burtraw and coauthor Matt Woerman note that current subnational policies and changing trends in the electricity sector have led to important reductions in GHG emissions—and that regulations under the Clean Air Act are poised to further reduce emissions over the next decade.

In a new discussion paper, “US Status on Climate Change Mitigation,” the authors find that the United States is on target to achieve GHG reductions of 16.3 percent from 2005 levels in 2020. This not only puts the United States close to meeting its pledge, but it is likely to result in the nation surpassing other proposed targets. Burtraw and Woerman note:

“If the eventualities play out as they currently are aligned, we find that not only is President Obama’s pledge in Copenhagen within reach, but emissions reductions within the domestic economy could actually be greater than would have occurred under comprehensive climate policy with cap and trade, as proposed by Waxman–Markey.” However, the authors find that global emissions reductions likely will be less than if comprehensive climate legislation had passed because of the absence of offsets.

Despite this progress in reducing domestic emissions, the authors also note less optimism about the ability of the country to fulfill its pledge for international financing. Developed countries, including the United States, have pledged to provide $100 billion per year by 2020 for climate mitigation and adaptation efforts in developing countries. However, the United States has not put a plan in place to provide its share of this commitment and is currently expected to fail to meet its financing pledge.

With national cap-and-trade legislation off the table, RFF experts are focusing on three alternatives for reducing greenhouse gas emissions: the Cl...

States Can't Take the Credit, But They Do Matter

In America, the story goes, states lead on climate policy and the federal government follows. That argument is probably overstated a bit today, but... 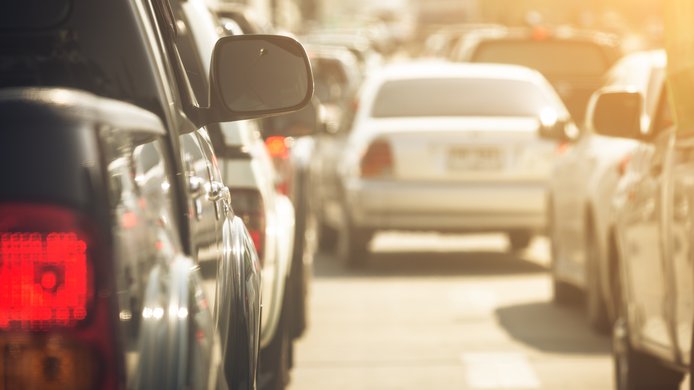 Despite ongoing attempts to weaken the Obama-era guidelines, fuel economy standards have offered more benefits than costs to consumers.