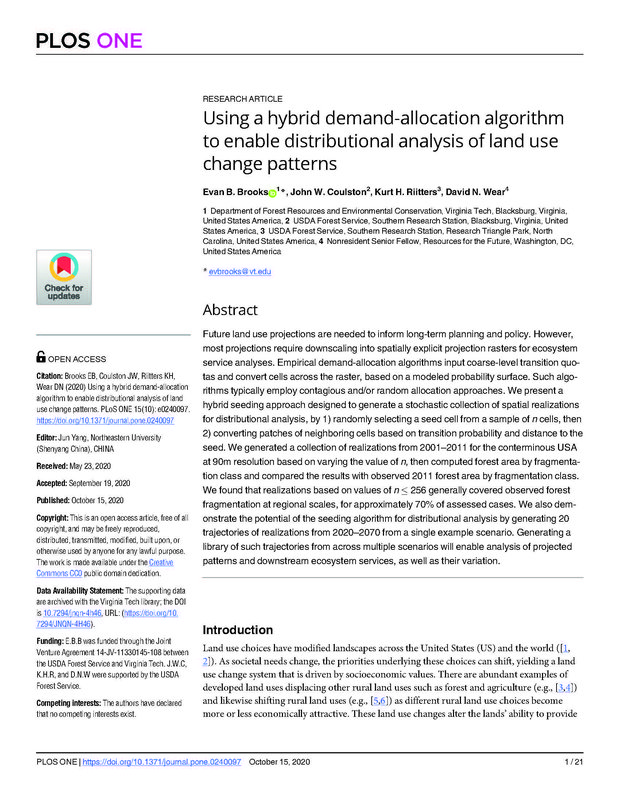 This article introduces and demonstrates an empirical seeding demand-allocation algorithm to model land use change and forest fragmentation in the continental United States.

Future land use projections are needed to inform long-term planning and policy. However, most projections require downscaling into spatially explicit projection rasters for ecosystem service analyses. Empirical demand-allocation algorithms input coarse-level transition quotas and convert cells across the raster, based on a modeled probability surface. Such algorithms typically employ contagious and/or random allocation approaches. We present a hybrid seeding approach designed to generate a stochastic collection of spatial realizations for distributional analysis, by 1) randomly selecting a seed cell from a sample of n cells, then 2) converting patches of neighboring cells based on transition probability and distance to the seed. We generated a collection of realizations from 2001–2011 for the conterminous USA at 90m resolution based on varying the value of n, then computed forest area by fragmentation class and compared the results with observed 2011 forest area by fragmentation class. We found that realizations based on values of n ≤ 256 generally covered observed forest fragmentation at regional scales, for approximately 70% of assessed cases. We also demonstrate the potential of the seeding algorithm for distributional analysis by generating 20 trajectories of realizations from 2020–2070 from a single example scenario. Generating a library of such trajectories from across multiple scenarios will enable analysis of projected patterns and downstream ecosystem services, as well as their variation. 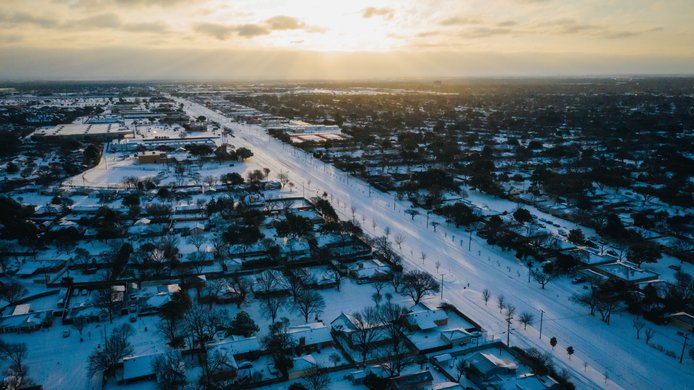 Understanding the Texas Blackouts, Prospects for Climate Legislation, and More 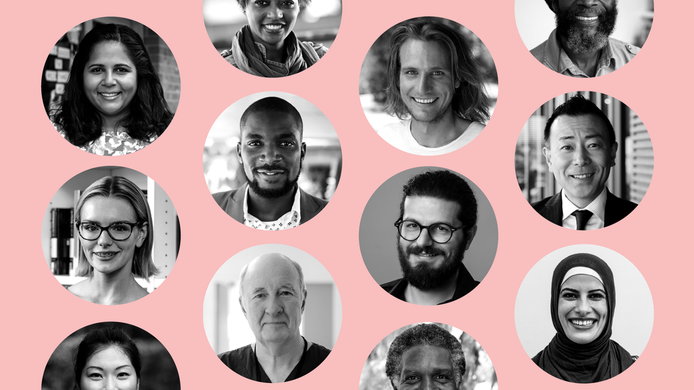 More from the Climate Insights 2020 Survey

RFF and Stanford researchers provide follow-ups from our Climate Insights 2020 survey, which gauges American public opinion on climate change and the environment. 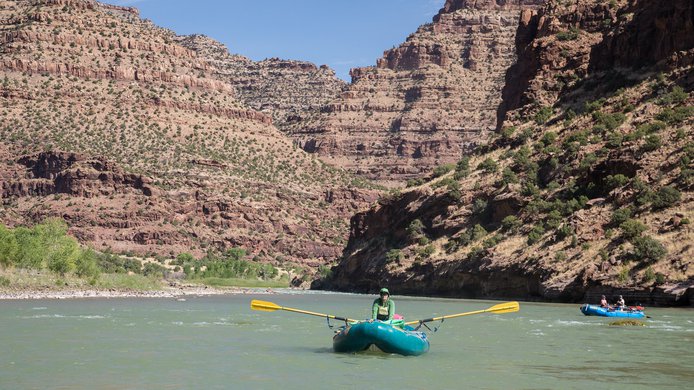 The Mountain West News Bureau reports on RFF analysis regarding national monuments and their effects on local economies.