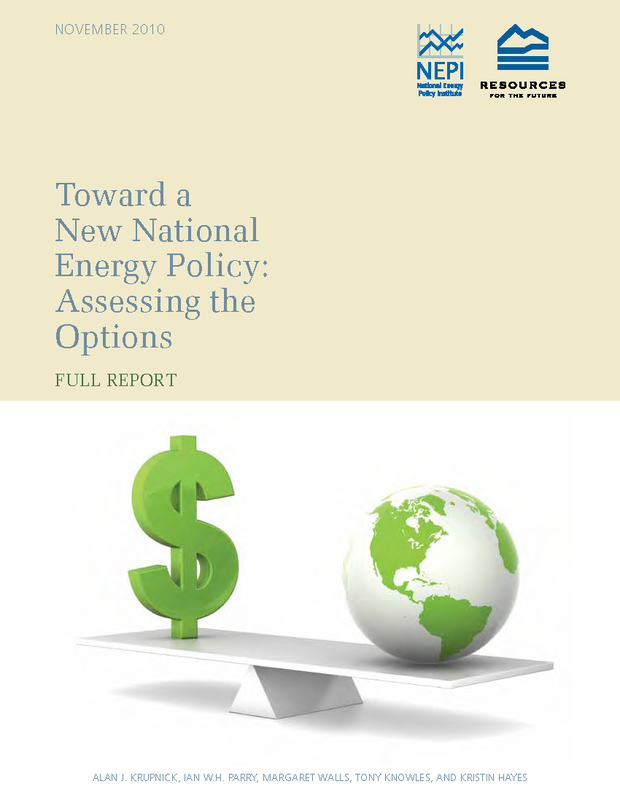 Toward a New National Energy Policy: Assessing the Options

America’s dependence on imported oil and other fossil fuels is a serious threat to our national security and a significant contributor to global climate change. Yet America has so far failed to respond to this dual challenge with a comprehensive and coordinated national energy policy.

For 35 years, U.S. political leaders have espoused a goal of energy security, and yet today, America imports more than half the oil it consumes and relies upon countries that are often politically unstable and hostile to U.S. interests.  Meanwhile, the international scientific community now issues near unanimous warnings about the danger of unchecked accumulations of greenhouse gases, particularly carbon dioxide, in the atmosphere, largely a result of burning fossil fuels.

Against the backdrop of a devastating oil spill in the Gulf of Mexico and a call from the Obama Administration for urgent action to jumpstart the transition away from fossil fuels, the time is ripe for a rigorous, wide-ranging analysis of energy policy options. To move toward a new energy policy that addresses the overarching twin challenges of this new century will require policymakers to select a broad portfolio of strategies that reduces both the use of oil and GHG emissions, and takes account of other environmental damages.

The Study – A Distinctive Approach

Numerous valuable research studies have explored alternative fuels, new technologies, and future energy scenarios. Our project utilizes these studies, while also going beyond what others have done to allow for a focused, consistent ranking and analysis across specific policy options, and along a range of dimensions.

Several important features of this study distinguish it from other assessments of U.S. climate and energy options.

We based our scores on two effectiveness metrics—reduction in barrels of oil consumed1 and reduction in tons of CO2 emitted—as well as the cost of each policy.

Two additional aspects of the study deserve mention. First, it calls upon the best available experts for analysis of each of the policies, along with an intense peer review. Second, it builds upon RFF’s legacy of over 55 years of independent, scholarly, and objective research and policy analysis.

Toward a New National Energy Policy: Assessing the Options - Appendices

Alan J. Krupnick examines the bid for natural gas to become a fuel of choice for America’s vehicle fleet.

Natural Gas: A Bridge to a Low-Carbon Future?

Modeling Policies to Promote Renewable and Low-Carbon Sources of Electricity

The Future of Natural Gas

Should Hybrid Vehicles Be Subsidized?