This working paper reviews the effectiveness of credit trading for a number of programs designed to promote clean technology advancement in the transportation sector.

Several tradable performance standard (TPS) programs have recently been implemented in the US transportation sector: regulations for greenhouse gas emissions from passenger cars and trucks (national), zero-emission vehicle programs (10 states), the Renewable Fuel Standard (national), and low-carbon fuel standards (two states). The primary motivations are to promote innovation, to address consumers’ undervaluation of efficiency, and to reduce externalities, such as air pollution and the risks of dependence on foreign oil. A TPS sets a standard of technology performance but leaves technology choice to the producers; it increases the relative costs of technologies with undesirable performance characteristics and lowers the costs of technologies with desirable characteristics. We review the TPS programs and compare TPS with carbon pricing. Whereas carbon pricing creates incentives for both output reduction and technology change, TPS programs do not fully internalize the costs of emissions, resulting in lower price effects on products and raising the total cost of emissions reductions compared with carbon pricing. However, a TPS provides stronger incentives for upstream innovation and technology transformation. We show that TPS programs are generally additive to the effects of carbon pricing, so the policies can be combined without sacrificing the efficiency properties achieved by pricing. Given that the expected carbon price may be too low to substantially affect transportation demand or technology change, combining TPS with a carbon price may be necessary to drive innovation and achieve a sustained low-carbon transformation in the sector.

This paper was accepted for publication in Energy Economics. 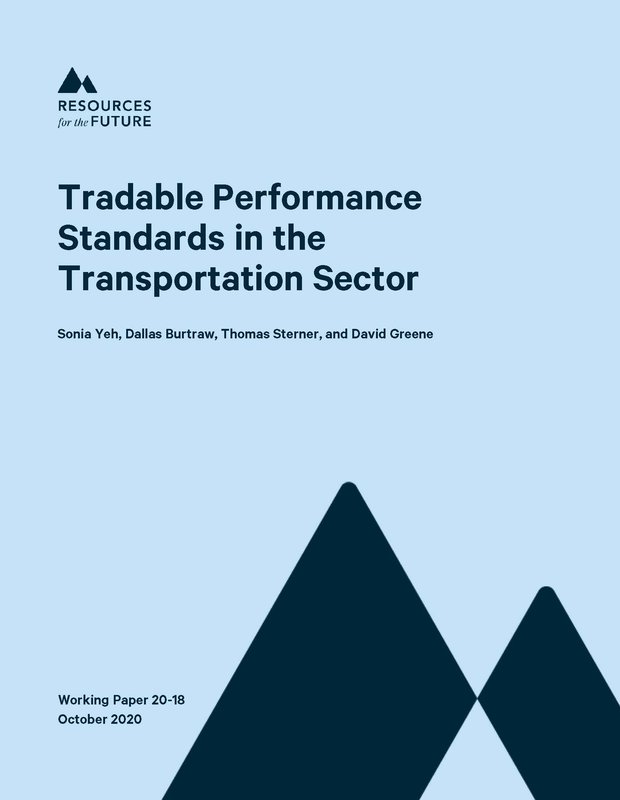 Performance standards have a long history in the US transportation sector, beginning at the national level with the Corporate Average Fuel Economy (CAFE) standards enacted by Congress in 1975 (Greene 1990), and in California with the Zero Emission Vehicle (ZEV) program adopted by the California Air Resources Board (CARB) in 1990 (Collantes and Sperling 2008). Unlike technology mandates, which prescribe specific technology (e.g., a three-way catalytic converter), performance standards set a goal (e.g., maximum emissions per unit of performance, or vehicle efficiency of at least x miles per gallon), enabling the regulated entity to choose any technology mix that achieves that outcome (Bergek and Berggren 2014). Performance standards can force technology innovation by specifying a standard that cannot be met with conventional technology (Lee et al. 2010) or that imposes higher cost (Gerard and Lave 2005). When implemented as technology volume requirements (e.g., requiring that products with a specific technology constitute x percentage of all new sales), performance standards push an identified technology into the market, usually with the intent of achieving cost reductions through market penetration. When implemented as an emissions intensity standard, performance standards provide flexibility by enabling compliance through incremental improvements without specifying technology choice. Tradability or averaging of performance across facilities introduces additional flexibility and thus improves the cost-effectiveness of the policy.

TPS programs have been prominent in the US electricity sector, exemplified in 29 states’ renewable portfolio standards and in the Obama administration’s proposed Clean Power Plan. Recently, China announced its intent to implement the largest rate-based emissions trading program in the world in its electricity sector (Goulder and Morgenstern 2018). Some incentive-based regulatory programs address the transportation sector. In the bonus-malus (Latin for good-bad, here meaning credit-tax) system in France, consumers receive a rebate for low-emission vehicles but pay a fee for higher-emission vehicles. The European Union’s Renewable Energy Directive mandates that clean sources account for minimum shares of the energy consumed in road and rail transport in member countries.

Very few programs in the transportation sector, however, allow companies to trade credits for compliance. Sweden, for example, has a program for increasing biofuel content of diesel and gasoline called Reduktionsplikten. Each year the fuel producers must achieve a certain percentage of biofuel. These obligations are tradable, making this technically a TPS, although there has little discussion of this aspect. The most prominent examples have been in the United States: the national regulations for greenhouse gas (GHG) emissions from passenger cars and trucks (introduced in 2009, with first trading in 2012), zero-emission vehicle programs in 10 states (first adoption in 1990, first trading in 2012), the national Renewable Fuel Standard (introduced in 2005, first trading in 2010), and California’s Low Carbon Fuel Standards (adopted in 2010, first trading in 2011).

Earlier attention to performance standards focused on their ability to promote innovation (Nentjes et al. 2007; Bergek and Berggren 2014; Klier and Linn 2016) and to address imperfect competition, consumers’ undervaluation of energy efficiency (Greene 2019; Fischer 2010), consumers’ inelasticity to fuel price changes (Hughes et al. 2008; Lin and Prince 2013), and externalities such as air pollution and the risks of dependence on foreign sources of oil (Lin and Prince 2009; Schnepf and Yacobucci 2013). In the absence of federal leadership in implementing ambitious carbon pricing, attention has shifted to the cost-effectiveness of TPS compared with carbon pricing (Nentjes and Woerdman 2012). It is often argued that without comprehensive, global carbon pricing, TPS programs must increasingly be part of emissions reduction policies if we are to control the total carbon concentration in the atmosphere (Sperling and Nichols 2012).

Broadly speaking, pollution can be abated either through changes in technology (inputs and production technologies) or through reduced consumption of the goods that embed emissions. Abatement of emissions through changes in technology is the main objective of TPS programs. In contrast, a price on carbon emissions provides incentives to change both technology (input substitution and abatement effects) and consumption levels or technology (the output effect) (Goulder et al. 1999). Emissions pricing puts an equal value on emissions reductions throughout the value chain; this generally means that it is the most efficient policy (Sterner 2007).

TPS programs are more common than carbon pricing in the US transportation sector, for several reasons. The sector has some of the highest GHG mitigation costs of developed countries’ economies (IPCC 2014; Creutzig et al. 2015; Yeh et al. 2017; Gillingham and Stock 2018), and therefore either very high fuel taxes or separate policy instruments other than carbon pricing are needed to achieve GHG reduction goals. Even with high fuel taxes in Europe, for example, emissions reduction targets still face significant challenges. Fuel tax increases have provoked strong backlashes, such as the “yellow vests” movement in France. In contrast, both politically and economically, the production subsidy to desired technologies implicit in the TPS approach (explained below) drives technological change while reducing the visible costs to consumers, compared with achieving the same outcome with carbon pricing. Nonmarket-based policy instruments such as regulations, technology mandates, and standards focus directly on technology change, but they may result in substantial differences in marginal abatement costs even within the same industry. Tradable standards are more economically efficient because they allow for equalization of marginal costs across technologies and firms. But unlike emissions pricing, they do not have an output effect: consumers do not bear the full cost of the pollution and do not have incentive to reduce consumption of polluting products.

Our paper begins by evaluating TPS programs, focusing on real-world implementation of two national programs and two state-level programs as they have been implemented in California (Section 2). We then compare TPS and carbon pricing approaches in terms of their formulations and price effects (Section 3) and the mitigation costs at the program and system levels (Section 4). We look specifically at the policies’ effectiveness in reducing GHG emissions but ignore other important aspects, such as equity effects, that are reviewed elsewhere. In Section 5 we summarize the lessons learned and offer recommendations.

Howard H. Baker, Jr. Center for Public Policy at the University of Tennessee 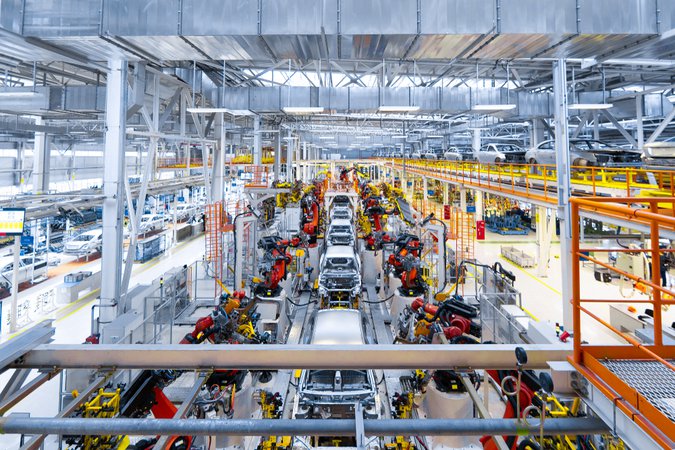 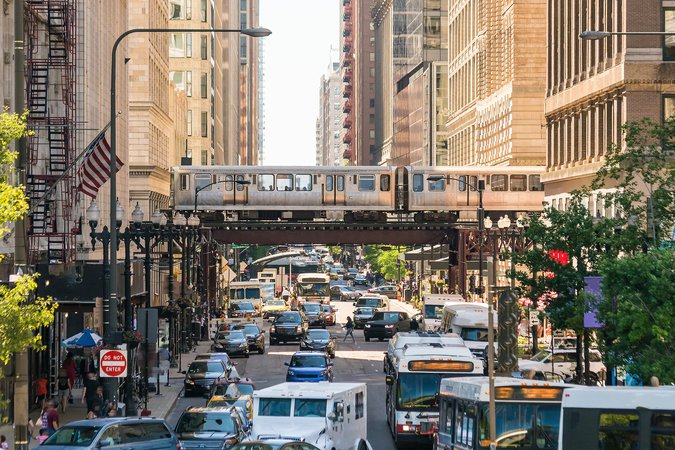