WASHINGTON, DC—The US tax code presently provides a subsidy for “refined coal”—coal treated by methods intended to reduce emissions of nitrogen oxides (NOx), sulfur dioxide (SO2), and mercury (Hg). The tax credits have been supported over the years by members of both parties. The beneficiaries include subsidiaries of electric utilities as well as outside investors in financial services and pharmaceuticals. According to the Internal Revenue Service (IRS), six corporations claimed nearly $300 million of credits in 2013, the last year the IRS published data. With its use rising, a new study by Resources for the Future (RFF) estimates nearly $1 billion in tax credits was conferred on producers of refined coal in 2018.

The air pollutants targeted by the law (NOx, SO2, and mercury) and the pollutants they convert to in the air (PM2.5 and ozone) are linked to premature death, respiratory issues, acid rain, and nervous system development impairment in children, according to the US Environmental Protection Agency (EPA). Now, researchers at RFF find that the actual reduction of the targeted pollutants does not achieve the reductions stated for eligibility in the tax law. As a result, the policy wrongly confers tax credits and also fails a cost-benefit analysis, implying the receipt of the subsidy is economically unjustified.

Expanding on recent coverage of the issue, the RFF study is the first to systematically assess the air quality impacts of refined coal using data on nearly all coal-burning power plants in the United States.

The new study is: “How Clean is ‘Refined Coal’? An Empirical Assessment of a Billion-Dollar Tax Credit,” by RFF Postdoctoral Fellow Brian C. Prest and Senior Fellow Alan Krupnick.

The subsidy provision is set to effectively expire in 2021, and in May 2019, two pieces of legislation (S.1327 and S.1405), sponsored by six different senators, were introduced to extend it. Given ongoing legislative activity on the issue, there is an opportunity to either improve or eliminate the statute. It could be improved by requiring plants to demonstrate that the targeted reductions in pollutants are being achieved in practice; alternatively, policymakers could eliminate the $1 billion credit entirely.

The first appearance of a subsidy for refined coal was in the American Jobs Act of 2004, and was made more attractive in a little-noticed provision of the Emergency Economic Stabilization Act of 2008, which authorized the Troubled Asset Relief Program (TARP).

In addition, the refined coal process may well lead to other environmental problems. For example, it can escape in power plant wastewater and form carcinogenic substances in drinking water. Duke Energy was a user of refined coal for a time, but stopped its use when the calcium bromide added to the coal appeared in nearby rivers and lakes. Altogether, this study suggests that the refined coal tax credit is not achieving its stated objective of environmental improvement. 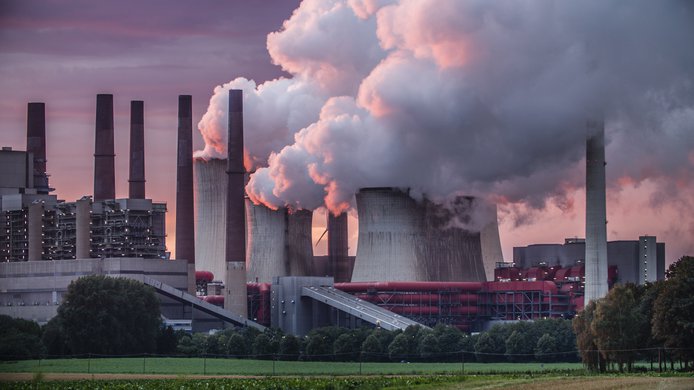